Nik Gowing: Why business must no longer say ‘No’ to Net Zero

Businesses of all sizes must be in no doubt. There can be no leisurely commitment to reach NET ZERO carbon emissions by 2050. You have a few months only to commit, not a comfortable couple of decades.

The UN has just issued what Secretary General Antonio Guterres called a new and urgent “red alert for our planet”. Governments are “nowhere close to the limits needed to limit climate change” he warned. They must “redouble efforts and submit stronger, more ambitious” climate action plans.

Catastrophe looms says John Kerry, US President Biden’s new climate Tsar. “We are not even close to where we need to be,” Kerry bluntly warned the Munich Security Conference. “We have to be honest, humble and ambitious,” he added. There must be “no faking it”.

IN or OUT for Net Zero? Your choice

As the British hosts for COP26 make clear in their compelling strap line: by November you must make a commitment to being ‘In’ for unambiguous NET ZERO commitments. If you don’t you will be assumed to be ‘Out’. You will then face the consequences with your stakeholders and shareholders. You should assume many will turn against you, dis-invest and refuse to buy whatever you produce.

The public anxieties and expectations are shifting fast. So are the scientific realities. We have far less time than most assume.

Wrestling with the horrors of COVID-19 and surviving, has consumed global attention for the past year. But the climate emergency has not eased in any way. It is a parallel 'existential disaster in the making' for us all. As Sir David Attenborough makes clear, this emergency is on a planetary scale that is far more threatening to human survival than the pandemic.

The ultimatum is that brutal. Halting the planetary emergency must be achieved far faster than almost anyone assumes. The realities are daunting for reaching NET ZERO at a speed fast enough to prevent the irreversible rise of planetary temperatures beyond 1.5 degrees.

I have just heard Bill Gates describe the outlook as “super dire” as he promoted his new book on preventing a climate catastrophe. He is right. But how many really understand that, along with the implications for them and how they conduct their lives from now on?

The public have faith that a vaccine will soon control COVID-19, Gates said. But there will be no vaccine to control the Climate Emergency.

“The super negative effects of climate get worse and worse each year”,

And worse still, unlike the COVID-19 emergency which has lasted just a year, tackling the Climate Emergency will take 20-30 years at least. For a weary public “there is a danger of cynicism if there is no obvious progress”, warned Gates.

There must be no doubt as to why committing to NET ZERO, then delivering on that commitment fast, is so critical.

I have on my laptop the Carbon Clock which is clicking down relentlessly. It reminds me of the time left before the CO2 budget indicating 1.5 degrees warming, is reached. After that there is nothing more we can do. We have less than seven years!  The requirement for business is stark. Christiana Figueres, the fomrer head of the UN Framework Convention on Climate Change, reminded us in a comment to the BBC this month,

There are reasons for some tentative optimism. But there is a huge danger that even using the word optimism will rapidly lead to complacency.

I can see and hear change at a rate which is not just very encouraging but quite remarkable. Figures from convening organisations like the World Economic Forum or Chapter Zero, confirm that a significant number of corporates are making big commitments. That means the minds of top executives and their boards are rapidly being recalibrated by new and potentially shocking realities. NET ZERO is Mission Possible for an increasing number.

But there is still a huge mountain of indifference, resistance and complacency to be moved, especially in business but also in governments.

Far too many view the issue as someone else’s problem and challenge, not theirs. It is the same for private individuals who must now confront big decisions about how their lives will change and they must re-adjust all they do and take for granted.

Many leaders are yet to be convinced, even with the new ultimatum for being ‘In’ on Net Zero. Instead of accepting that Greening will not just Build Back Better, producing new work and job creation, they complain that they have other pressing priorities to guarantee the survival of their organisation. Embracing the Climate Emergency is a lesser priority at anything between number 4 to number 8 when it should be number one or two.

This is frighteningly short sighted.

How much time do we have?

A few days ago, I spent nine hours in a three day webinar of twenty top experts debating whether we can “buy time”, and if so how. The signals from the Para Limes group were chilling. I summarise them as ‘you ain’t seen anything yet’.

Whether for cities, economics, or medicine the outlook is bleak. Our cities will soon be ‘in retreat’. New lethal pathogens are already with us. Just as COVID-19 emerged with such devastating impact effect in a few weeks, our warming planet will activate many more.

The common thread from all this assembled expertise, was that the evidence of 'what looms' is there. But there is no real will from leaders and those in charge to listen, take note, then act to change their thinking.

Conformity seems to remain king. All the voices around the virtual e-table complained that they felt marginalised and ignored. Their science-based warnings were regarded as not ‘convenient’ by those with the power to make big decisions that will change things.

Our seven years of work has labelled this the need to Think the Unthinkable. But as we acknowledge, more appropriately it should be think the unpalatable.

So top eyes and minds should now be focussed on firstly understanding it. Then they should scope for action, not hide from it, as happened with warnings about a pandemic in the months and years before 2020.

The imperative for business committing to NET ZERO is clear.

“If we don’t get to NET ZERO, the temperature rise will be so damaging that life will actually get worse for humans and most of the natural ecosystem,” continued Bill Gates a few days ago. “So we must accelerate the pace and pipeline of innovation”.

Central to that mission must be innovation in business thinking.

Intaconnected wishes to thank Nik Gowing for contributing this article as a special guest.

Nik Gowing, Founder Director at Thinking The Unthinkable
Nik Gowing is Founder and Director of Thinking the Unthinkable, and former News Presenter at the BBC. He has been a member of the World Economic Forum’s Global Agenda Council on Geo-Economics and is an adviser on leadership challenges to the President of the UN General Assembly.
Share this article

Learn about what guides our action and our vision for helping solve the Environmental Crisis. 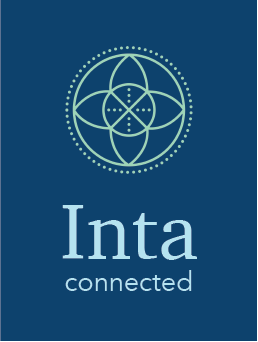 We are living the ‘make or break’ decade for the future of humanity. With nine years remaining to switch ‘business as usual’ for radical climate action, the world is not yet on track to reduce our global carbon emissions by half in time for 2030.

Nik Gowing: Why business must no longer say ‘No’ to Net Zero

Businesses of all sizes must be in no doubt. There can be no leisurely commitment to reach NET ZERO carbon emissions by 2050. You have a few months only to commit, not a comfortable couple of decades.

Learn about what guides our action and our vision for helping solve the Environmental Crisis.